The Good: A staggering number of effects and transitions that can be applied to a project, in excess of 1500. Also includes audio tracks to be able to place your own audio over a video. Lightweight and suitable for older computers, or computers that are slower or have trouble with complex applications, depending on how many effects are used.

The Bad: Somewhat basic and not at all suitable for advanced editing use. Limited number of audio tracks that can be placed (up to three). Customer support is only available for free for 30 days, and then must be paid for.

The Verdict: A great piece of movie making software for light or casual users, or those starting out with editing. Also useful for those who want to make their videos look great with transitions and effects, which are provided in abundance compared to almost any other video editing software.

An immediately appealing part of Pinnacle Studio is the sheer amount of video effects and transitions that can be applied to your work. These range from custom text with entry and exit positions and rotation, sizing, and positioning, through to 3D effects. These are commonly-used features of creating a home video or a presentation so it is good to see a range of availability.

Pinnacle Studio also includes a number of editing tools that directly impact on the quality of the video being edited. These include standard features of a movie editing program such as cutting, splicing and trimming, but also include somewhat more advanced options such as color correction and other ways to ‘clean up’ a video, something that many people might find beneficial.

Transitions are also included and are a primary feature of Pinnacle Studio, and are well-implemented as a result. It can be as easy as clicking and dragging your desired effect to the end of a clip on the timeline and the effect will apply itself. This takes all complexity and time out of the task and is a very welcome feature for making quick but effective edits and transitions without the need to go through many options or settings.

Not only are traditional transition effects included, such as dissolving or fading scenes, but a generous number of 3D effects are also included, allowing transitions between scenes to be done in a movie-style with objects floating across the screen.

Photoshop-like effects are also included, including filters such as sepia or effects such as blur. It should be noted some of these are included in the Ultimate edition rather than the standard edition, but this is still a valuable purchase as many of these options are only available separately in other products and may cost a lot. As such, the value for money included in Pinnacle Studio is hard to match when it comes to effects. It’s also important to note that while many of the effects look good, applying many of these will have dramatic impacts on performance and may make standard computers struggle, despite the generally forgiving and lightweight performance of the rest of the program.

Pinnacle Studio is not perfect, however, and is missing some of the more modern features that have begun to become accepted as necessary in ratings and reviews for movie making software in . Although there is support for video cameras and AVCHD, which is a common format for the files video cameras create, there is a lack of support when it comes to end-production. Strangely, Pinnacle Studio has the ability to output HD video, but not to burn Blu-ray discs, essentially meaning there is no way to move HD video from Pinnacle Studio to a disc. Although including DVD creation, it seems a bit of a missed opportunity. Also missing is 4K resolution support, which is essentially HD to the next level, but this is not yet a truly mainstream resolution and so won’t be missed by most.

Pinnacle Studio does, however, have tools for directly exporting to Facebook and YouTube amongst others, making the online features on this video making software stand out. This is quite a positive feature and regular video editors and uploaders to these sites will undoubtedly be happy with having such a social media-compatible piece of software.

Why choose Pinnacle Studio as your video editor? 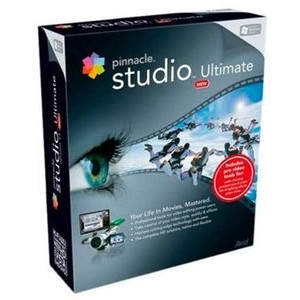